Facts You Should Know About Indian Food 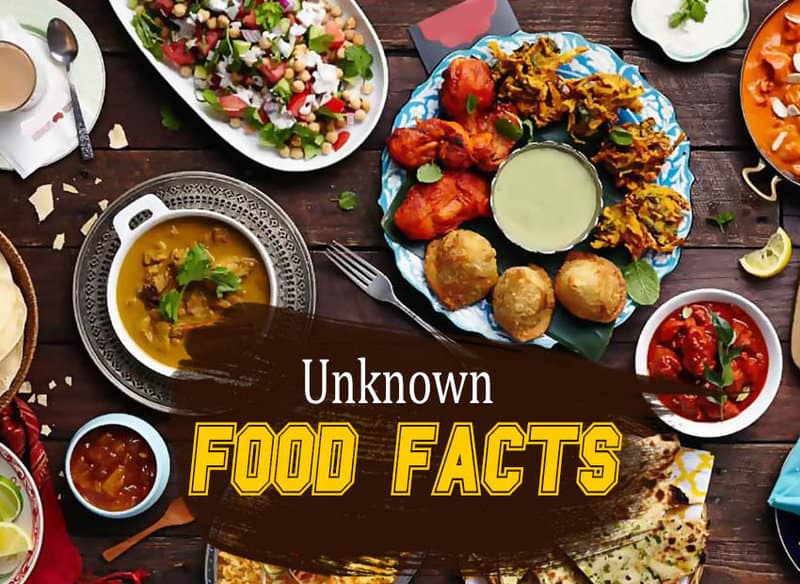 Most people limit their vision of Indian Food as just a bundle of spices. But that is not true. Indian Cuisine is developed of varied food flavours consisting of ancient roots of multiple ingredients both from within and outside its present national territory. From the rich Mughal Dishes to Portuguese cuisines, from Afghani flavoured items to British trends of soft drinks and pastries; Indian Cuisine moulds every and all tastes under one delightful drive. Moreover, from north to south and east to west, the wide range of climate and Diverse groups of people have originated numerous mouth-watering dishes that are far different from each other in taste. La Fiesta in their Catering Service in Kolkata always attempts to bring forth this very rich variety of Indian Cuisine in the celebrations of the city. We share the untold cultural treasure of this country that only a few Best Caterers in Kolkata are aware of and try to incorporate in their efforts of celebrating the best food experience.

An Indian Platter is a compilation of six acute flavours – sweet, salty, spicy, sour, bitter, astringent. Growing up in India we all are well acquainted with each of the taste through several Cuisines and preparations. From Homemade food to street food, we get to taste all sorts of spice and salt and sweet and that is deep-rooted in our traditions. The combinations of crispy paratha with sour pickle, sweet Rasagolla after spicy; are only possible on this land. La Fiesta has always tried to continue this blast of flavours in its Catering Service in Kolkata with its authenticity.

Producing over 70 per cent of the total amount of spices used in the world, India has become World’s Spice Capital. Black pepper is the most ancient and coveted sort of spice, originally derived from South India. It adds scrumptious flavour to a dish. Moreover, other peppers and salts collected from several corners of the country, saffron from the north are used extensively in increasing the glow of a dish. The Best Caterers in Kolkata know the optimum use of incredible spices of India in making Lip-smacking tastes.

Excluding all spicy and salty efforts, Indians also cherish milk and milk products extensively. India is one of the largest countries to produce huge quantities of dairy products. Most people in the north use milk in cooking more than other ingredients. Dishes like Raita, Dahi wada, Rabri, Mishti Doi, Khir ( Payesh in Bengali) are cherished on any and every occasion. Such items are gloriously included in the Catering Service in Kolkata. Also, Paneer Preparations do great in the main course.

Most people think Indian Desserts are stuck with Gulab Jamun everywhere. But that is not true. Following cuisines from all over the nation, India probably has more than 200 dessert items. From diversified chutneys to bite-sized sweet pieces like shon papdi, Rasagolla, Sandesh, Rasmalai etc. There are too many options that may leave you confused. There La Fiesta can help you with their experience of years of Catering Service in Kolkata. Whatever sort of dessert you may choose, it can be a little extra delicious with some honey and dry fruits.

It is maybe the only country, where nobody has to compromise with tastes. Amazing vegetarian cuisines with outcomes like Malai Kofta, Kaju Paneer Masala, Dal Makhani, Gobi Manchurian, Kadai Paneer make anybody lick his fingers repeatedly. And definitely, non-veg people can cherish Mutton and Chicken Preparations in Tikkas or curries or Mouth-Watering Biryani dishes. The Best Caterers in Kolkata use variations in a single plate to impress all kinds of guests.

And in the end, the exotic experiences can capture through drinks and other delicacies. But where there are children, we must stick to cold drinks and ice creams. Most of these trends are actually taken from Foreign Cultures from time to time. Now, we have made an extraordinary fusion with our traditions and foreign cultures. This gives a happy ending. 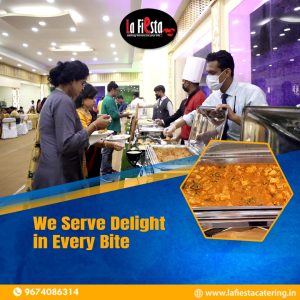 Why to Choose La Fiesta as The Best Wedding Catering in Kolkata? 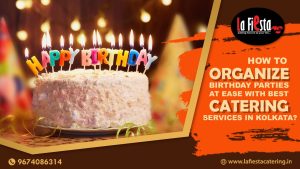 How to Organize Birthday Parties at Ease with Best Catering Services in Kolkata? 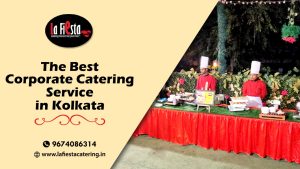